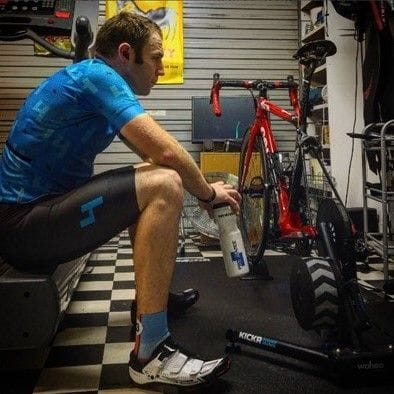 We all know the amount of training time it takes to complete one, let alone compete at a high level.

It has been a while since I have put (virtual) pen to paper. It's been for a number of reasons - the arrival of my beautiful daughter and the subsequent workload, changing jobs, domestic duties - but most of all because I've had some very tough times and relied on the time old saying 'if you don't have anything nice to say, don't say anything at all'. So, I guess I am sort of apologising, sort of explaining, and sort of looking to the future. Complex, hey.

In a nutshell, I've been dealing with my role of being a father, a husband, a full-time professional, and a triathlete. Each of those individually is a handful, but trying to combine all four is a massive feat. Some I will simply not allow myself to compromise on - particularly father and husband - and some are not negotiable, namely work. So the simple sacrifice is the athletic endeavours. Now I have never been particularly talented, however a deep seated fear is that genetics will catch up with me and I will quickly put the 25kg that I worked so hard to lose back on. This is by no stretch irrational also as I have been known to balloon by 10-15kg in as few as five weeks when unable to exercise. Scary stuff.

So to combat this fear of weight gain, we have all had to come up with a plan. The full iron distance race is a mammoth feat, not just the race itself but the bucketloads of training associated. My coach and I worked out that to be semi-competitive over 140.6 miles I would need to budget close to twenty hours a week for training. This is completely unfeasible at the moment with my added commitments, so we needed to find a compromise and settled on targeting the half iron (70.3) distance races. Now these are a considerable change to the full iron distance as we can target training to that specific distance in close to twelve hours per week, maybe fourteen in a big training week. This is not a small number, as it averages out to just under two hours per day spent training. In order to ensure that I am not cutting into the other three areas, I have had to meticulously plan my training load to align with dedicated family and work times.

The early starts continue, but when I come home from a day at work I am 100% focused on being a husband and father. I sit with my daughter and play with her, I talk to my wife with no distractions. We cook together, we laugh together, and more often than I would like to admit we cry together. But no matter what we do, that time is dedicated to her. No talk of triathlon, no facebook, no television, nothing. Just the girls, the dog and I. That time is absolutely golden, and I value it above all else.

I always try to have a point when I write. I guess the message here is relatively simple. Every single person on this planet is busy and will have to make some sort of sacrifice to do what they love and still put food on the table. It is healthy to ask 'what do I value most' and answer honestly. For me, I will happily sacrifice some sleep, television, or time spent on the internet to ensure that those who I love feel valued - because I'd happily sell all my triathlon gear before I lost my family but if a few hours a night spent enjoying my time with my girls can save that from happening, then I'll always take that option. So go ahead and think about it from time to time. What drives you? What gets you out of bed in the morning? And what can you do without to make sure that it is all prioritised properly?

So what now with the training? Well now that I am on the road to recovery I have set my goals on qualifying for the 70.3 World Championships in 2018. It will be a tough journey, but with all the incredible support that I will be given along the way I think it will be one worth the pursuit.

Hopefully I'll see you there.